'Songs In The Round' - Three Australian Folk Artists Together for one Exclusive Show! (SELLING FAST!)

Ruth Hazelton is a Melbourne-based singer, banjo player, guitarist and songwriter. She has remained a prominent figure in Australia’s folk music scene for over 25 years.

Ruth has toured internationally (the UK, Ireland and America), released eleven studio albums and made guest appearances on many more. She has also been the recipient of numerous awards including ‘Solo Artist of the Year’ at the Australian Folk Music Awards, 2021.

Khristian Mizzi has been described by other musicians as having 'one of Australia's finest voices' leaving listeners feeling as though they have experienced something truly special. Poetic lyrics, meandering melodies and 'a voice which truly moves people', along with a unique picking style, Mizzi really is a complete artist and is becoming renowned for his intimate solo performances and thoughtful songs. throughout the country.

At the end of 2019, Mizzi launched his debut solo record 'Some Other Morning' to a sell-out audience at Melbourne's esteemed 'Caravan Music Club' as the finale to a string of Nationwide shows throughout that year.

She has won many awards such as the Newstead Live Music Festival’s Troubadour Artist of the Year (2019), winner of the MLT Songwriting Award (NZ Country Music Awards 2019) and New Zealand’s Best New Broadcaster (at age 19), Kerryn Fields has released a range of celebrated records including debut LP, Rascal (2015) and award-winning, critically acclaimed single, Mamma (2019).

PRICE: $25pp - All ticket sales go directly to the artist! 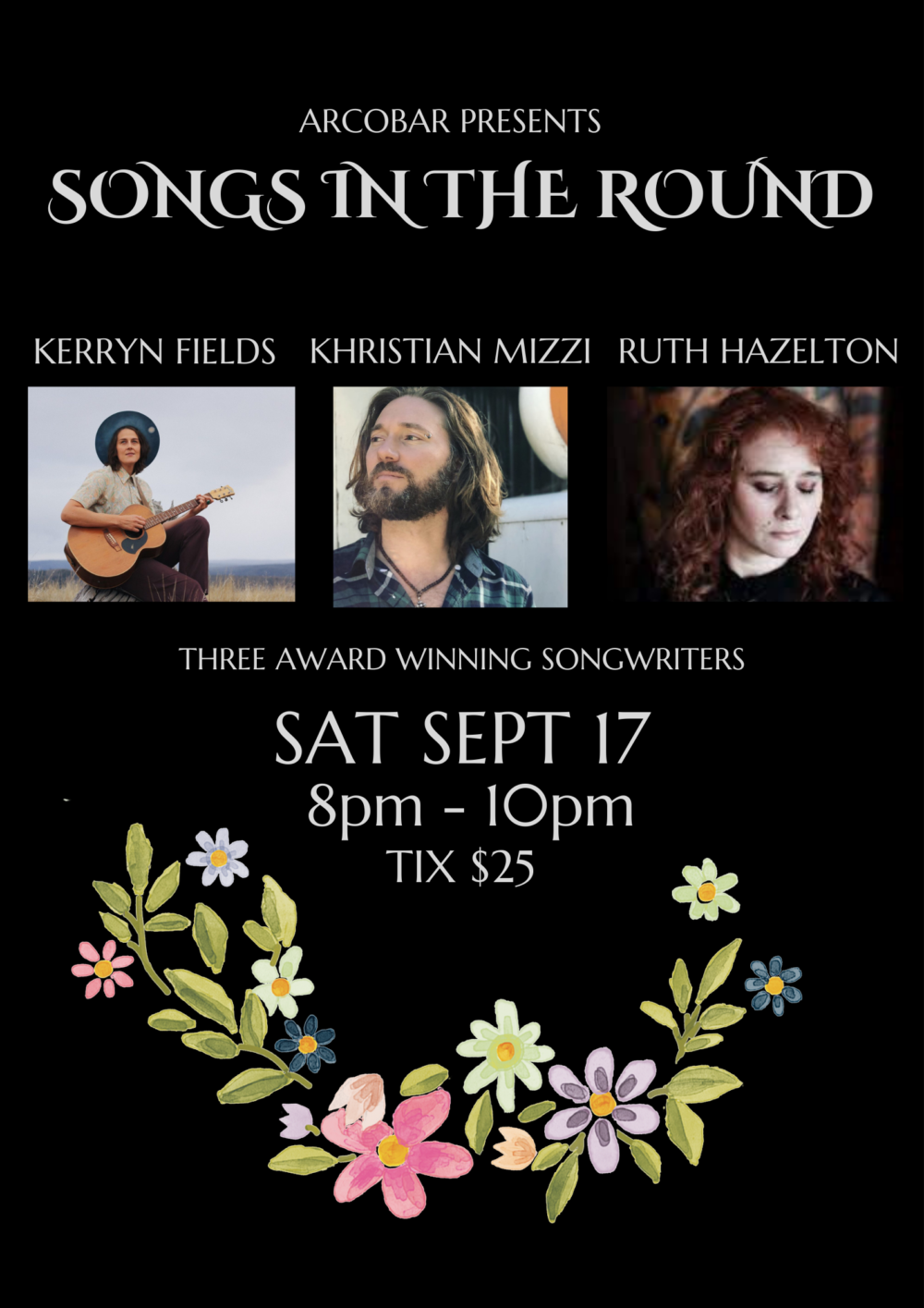